Did they see the cartoons that offended them?

المنتديات
المنتدى الإسلامي
I don't know why did the Danish newspaper published those caricatures about Islam.I am nt sure they ment it to be an offence.I might understand the rage Muslims had after that.I know the European goverments can't stop ppl from caricaturing nor Muslims from getting angry.But what i am amazed at is how did all those people see the caricatures??Did they really see them?Women and children and men from every place are virious at cartoons they didn't even see,few of them did,very few!
I saw the cartoons.I laughed at them!They are caricatures made to make ppl laugh nt to make them burn flags and embassies. Even if the cartoons were offending!What dignity did they restore for their prophit???This is just insane!!Muslims are going mad!If they had to get angry i believe that getting angry for those ppl who died under feet in pelgrimage not over funny cartoons!!!!!!!!!! 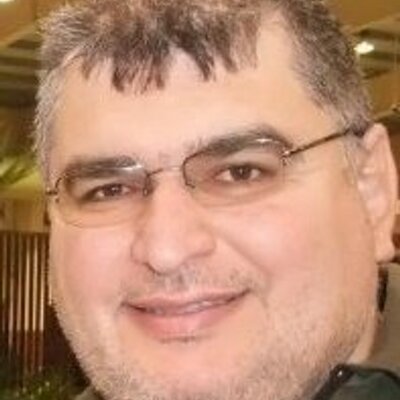 Re: Did they see the cartoons that offended them?

Muslims are intentionally mad, they sacrifice their logic to their beliefs. On the CNN, The editor of the Danish newspaper was facing a muslim represeting the Danish muslim community. the CNN host asked the Muslim: "what would make you and your muslim community feel offended, these cartoons or by the slaughtery in Iraq?" he simply answered: "these cartoons". the editor was explaining his point on self censorship and law. he said: "I even published a portait depicting myself". the CNN woman asked whether he compares himself to Muhammad, and he answered: "that is the point, We have concrete laws that protect individuals, so that cartoon could be considered offesive by law." BTW, he is a very interresting person, I like him very much, I also saw him on BBC's Hard talk with another muslim, and he was very convincing to me, while the other muslim looked he just arrived from Kandahar. [ تم تحريره بواسطة الأيهم on 5/2/2006 ]
اللغة
Arabic
05-02-2006 الرابط الثابت

Re: Did they see the cartoons that offended them?

i think that the media did provke this cause...

am nt sure they ment it to be an offence.

i dont think that step like this even in this time is such a innocet ... anyways as i see it the reaction was excessive i think it was ment to provoke and it has been successfull maybe condone it a lill bit is wisser? what do u think? did it such injure u? s for me it isnt such a matter because when i believe in smth and trust it. its not important what do the others think neither about me nor about it.
اللغة
Arabic
05-02-2006 الرابط الثابت